Portsmouth is home to the Royal Navy – and the city is very proud of that fact. It means that sometimes we are really lucky and get to see inside the inner workings of the Navy’s Officers Messes, Battleships and Barracks to play for Regimental Mess Dinners.  There are also quite a few army bases in and around Hampshire. 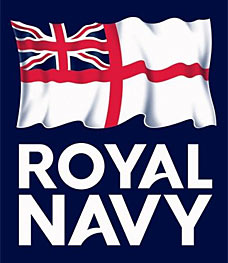 We are often asked to play at different Regimental Mess Dinners the Navy or Army hold in this area. Formal dinners and balls play a really important part of the social life of forces personnel, forming bonds with your regiment, following the etiquette of formal dinners. All help in ensuring that every man and woman in the forces feels pride in what they do.

We love playing for navy and army events. We have entertained during dinners at Thorney Island, HMS Nelson, The Wardroom, Bordon Barracks, Marchwood Barracks, Tidworth Barracks.

More recently, we had the pleasure of being invited onboard one the the navy’s newest frigates to entertain on Trafalgar Night. We were escorted onboard with our instruments, and it was fascinating to see life onboard. We were led through to the Officers Mess, and set up to play near the bar (typical of us!) while the officers enjoyed some pre-dinner drinks. We had quite a challenge fitting ourselves in as all seating is attached securely to the floor (for obvious reasons), so we squeezed in happily!

The Bossard Quartet is a string quartet available for weddings, dinner, military & corporate functions in Hampshire and West Sussex.